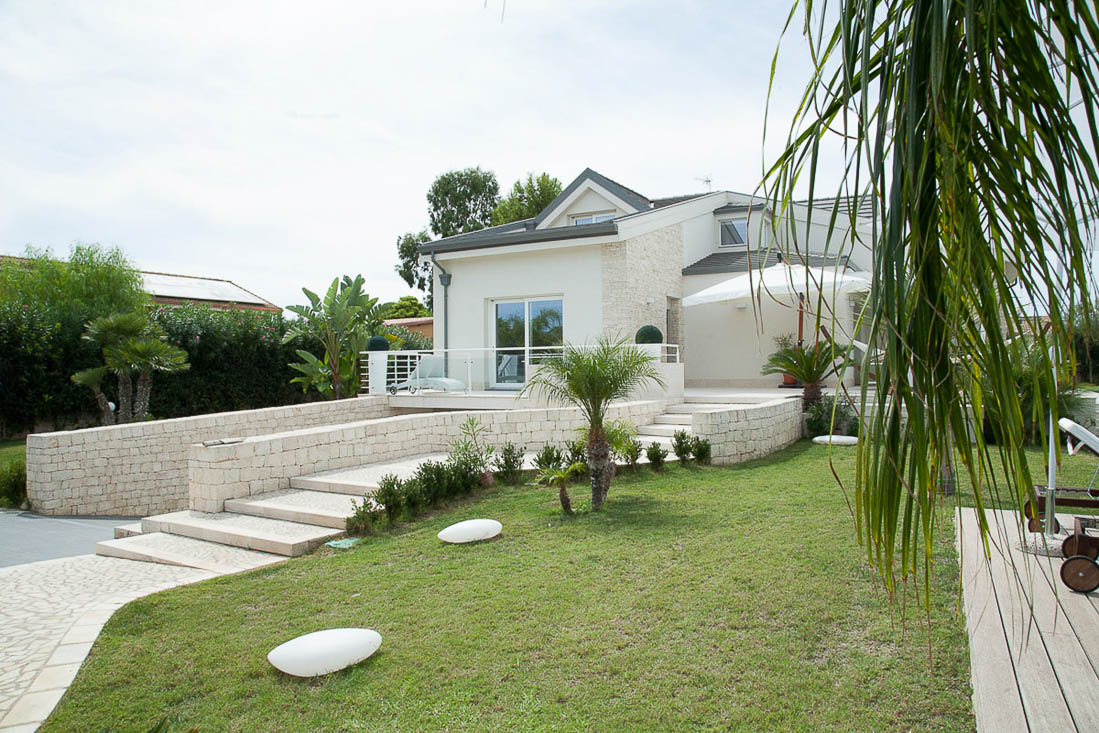 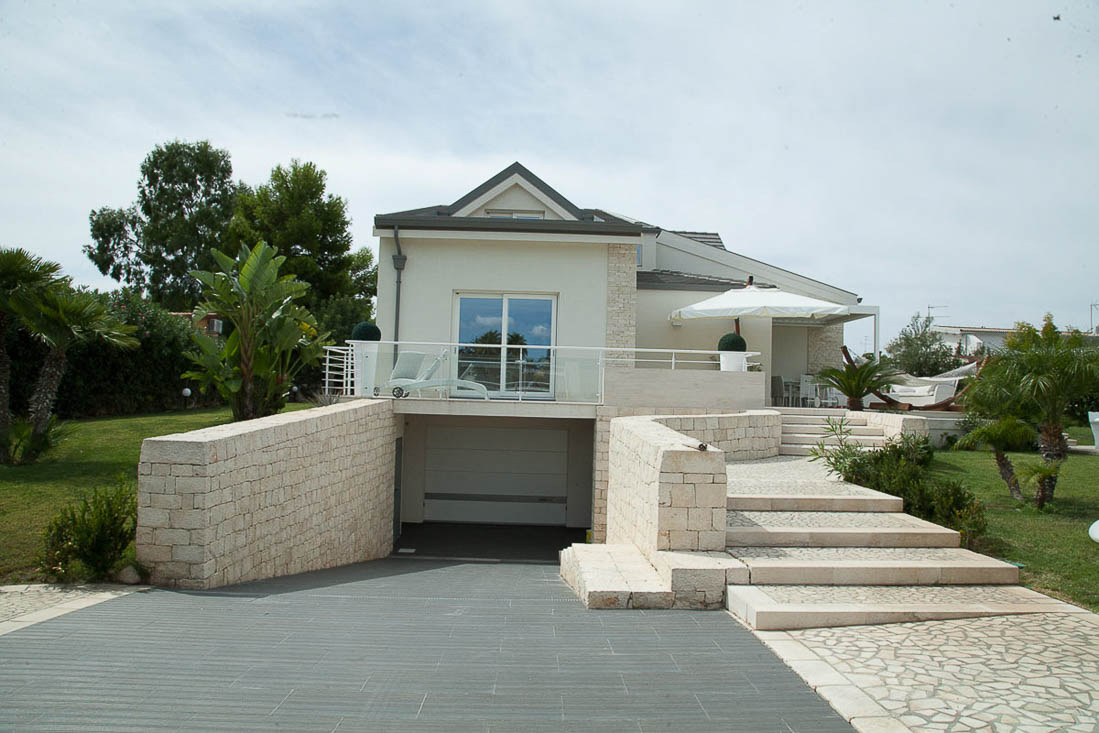 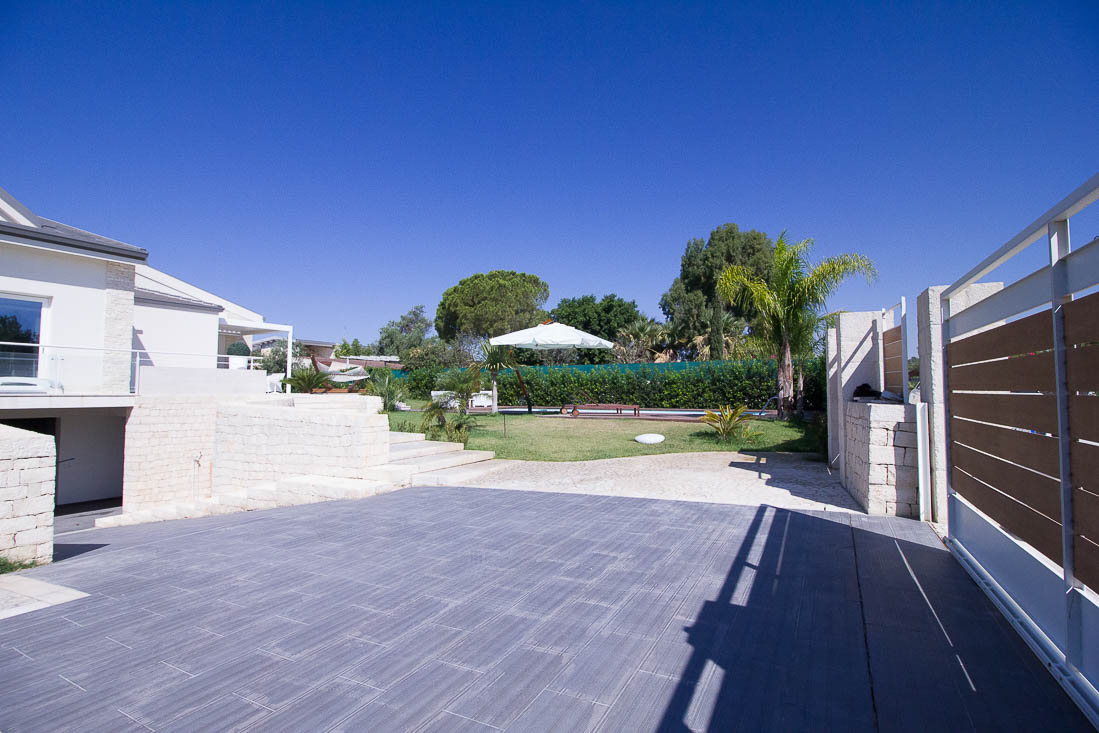 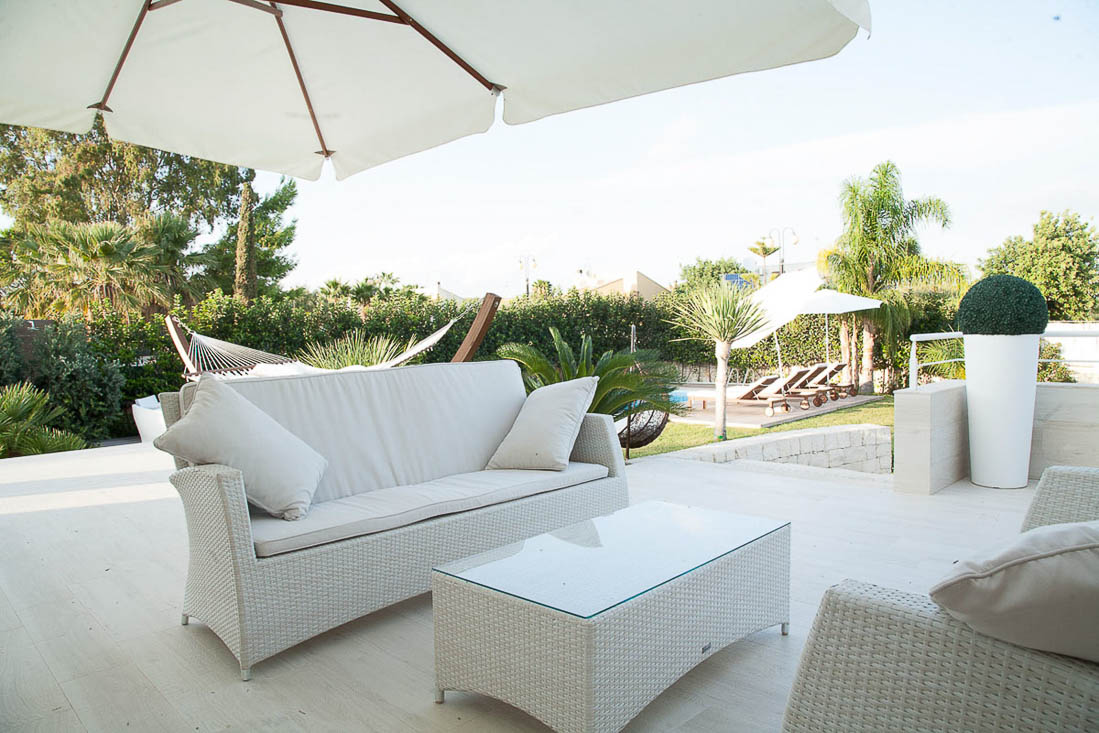 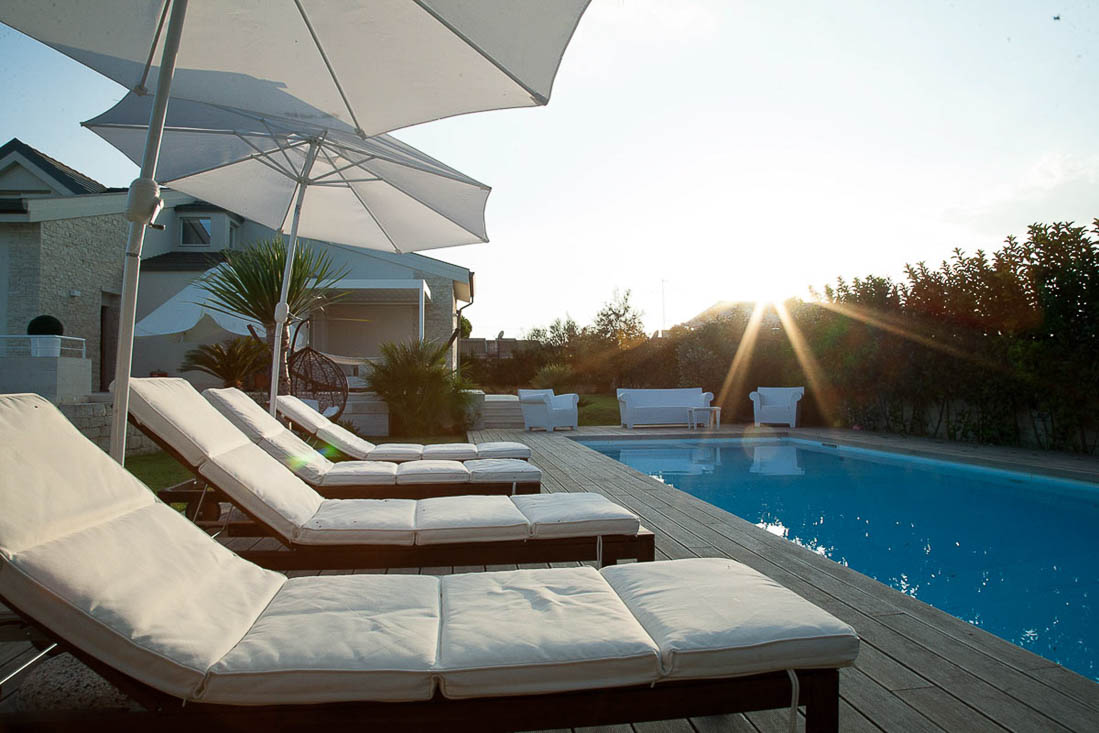 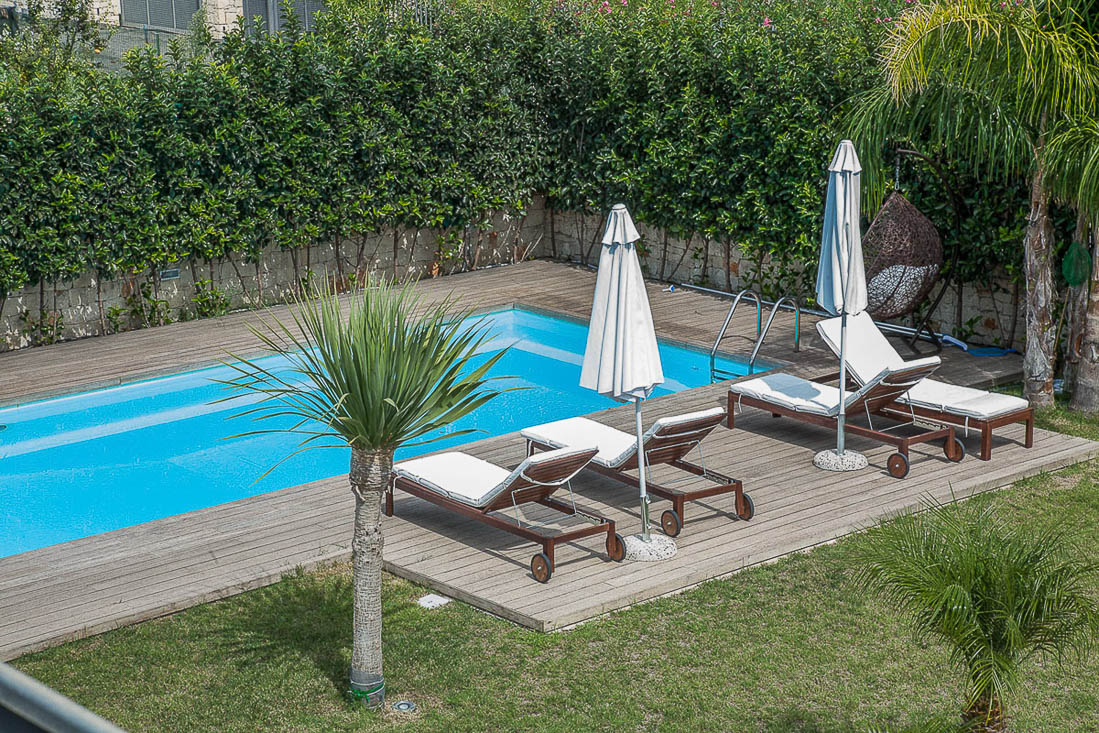 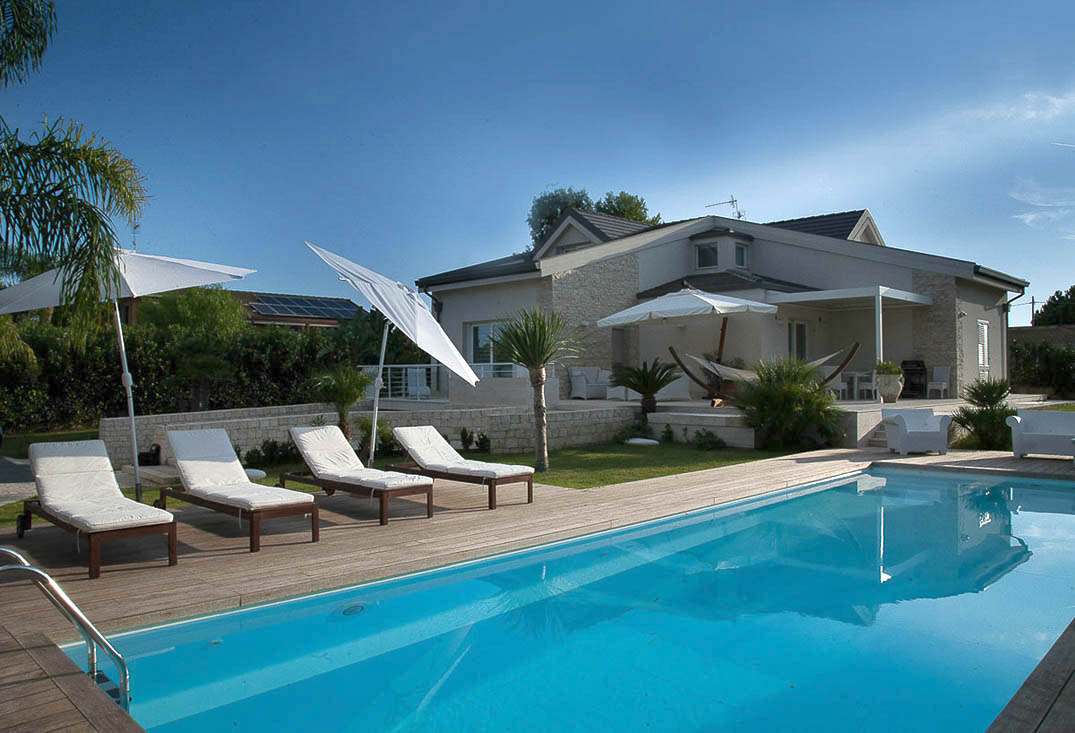 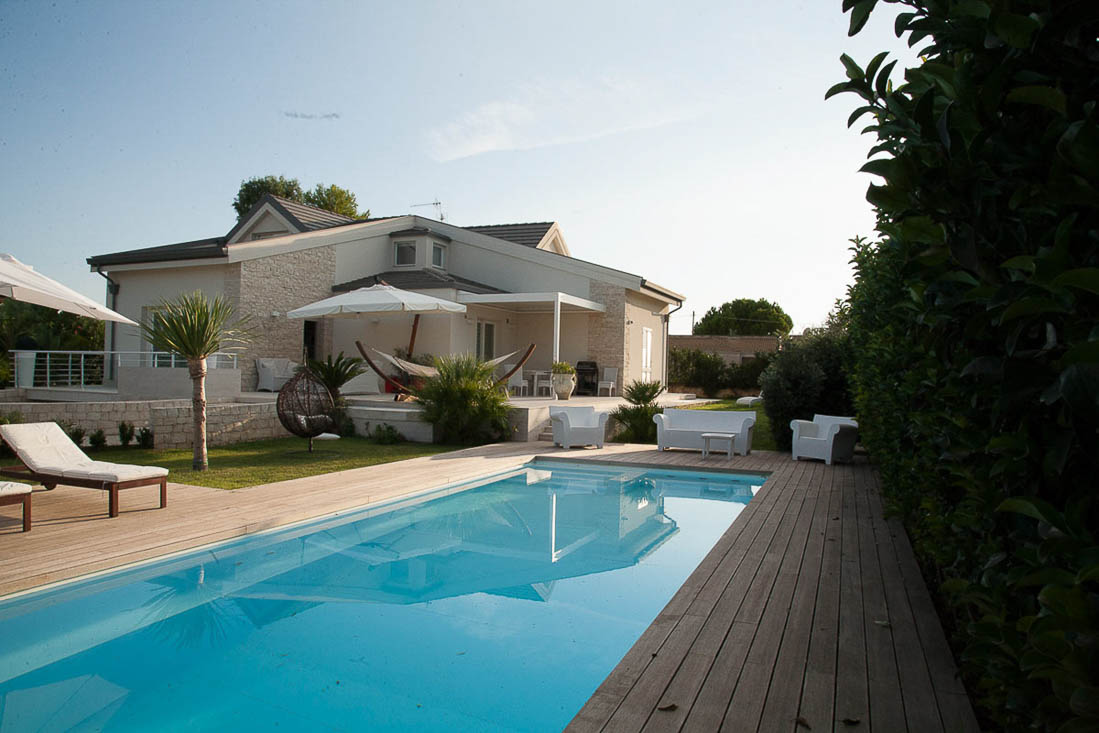 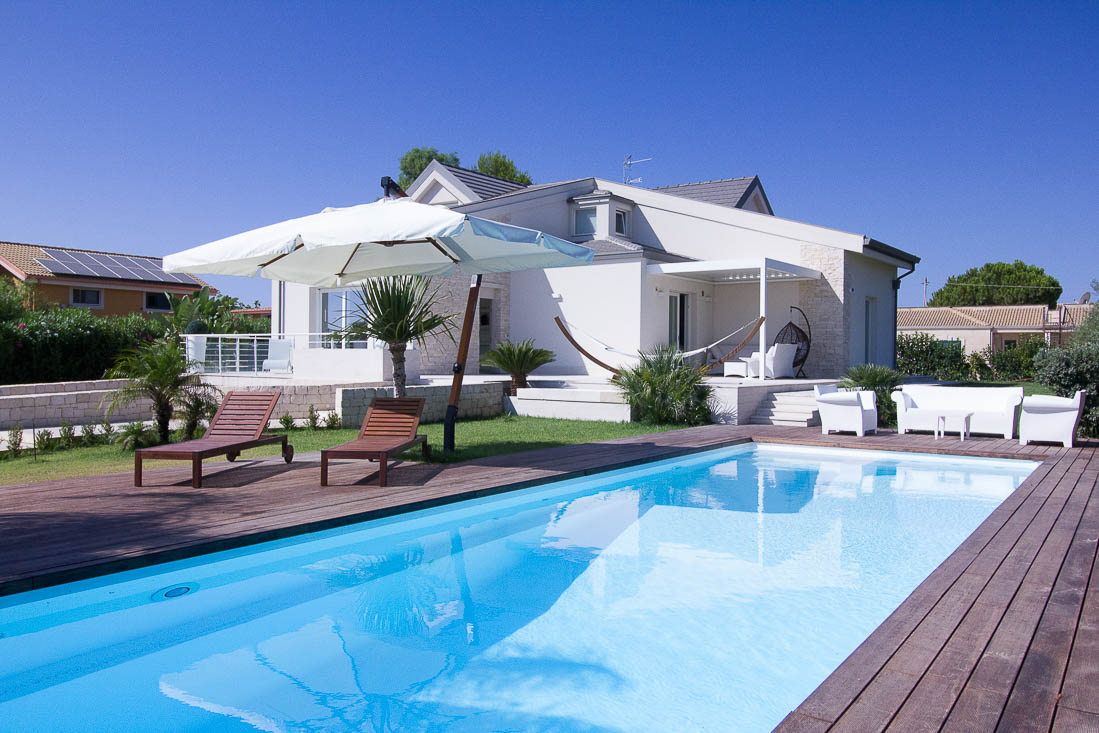 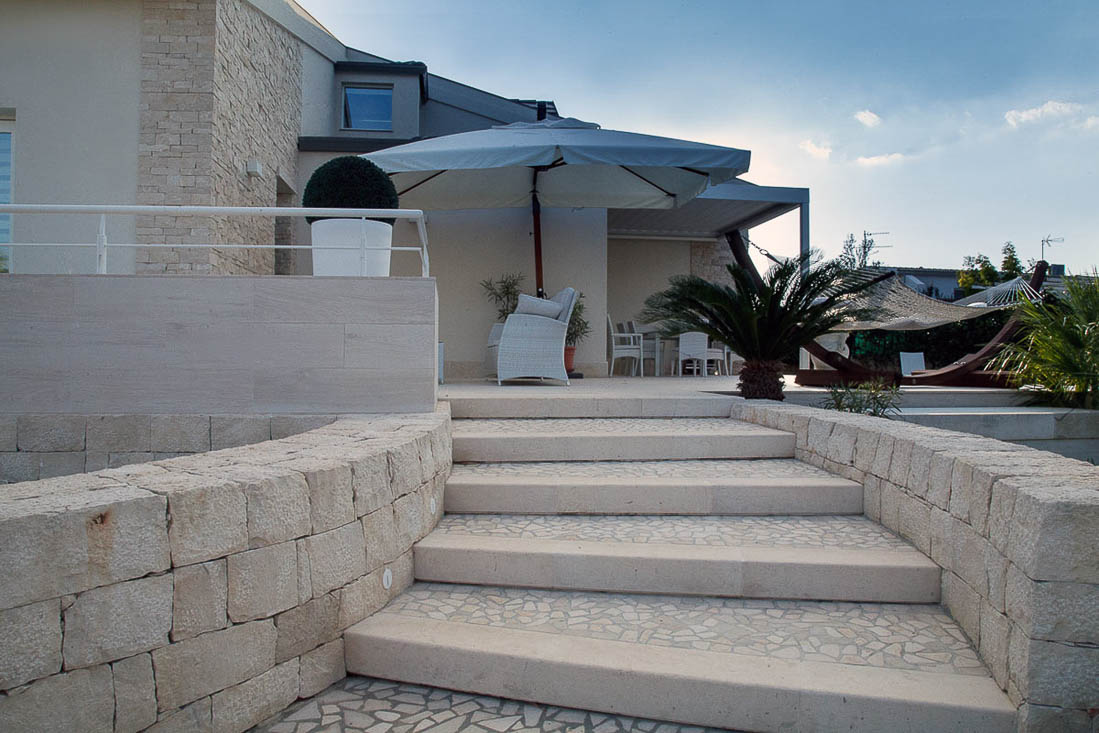 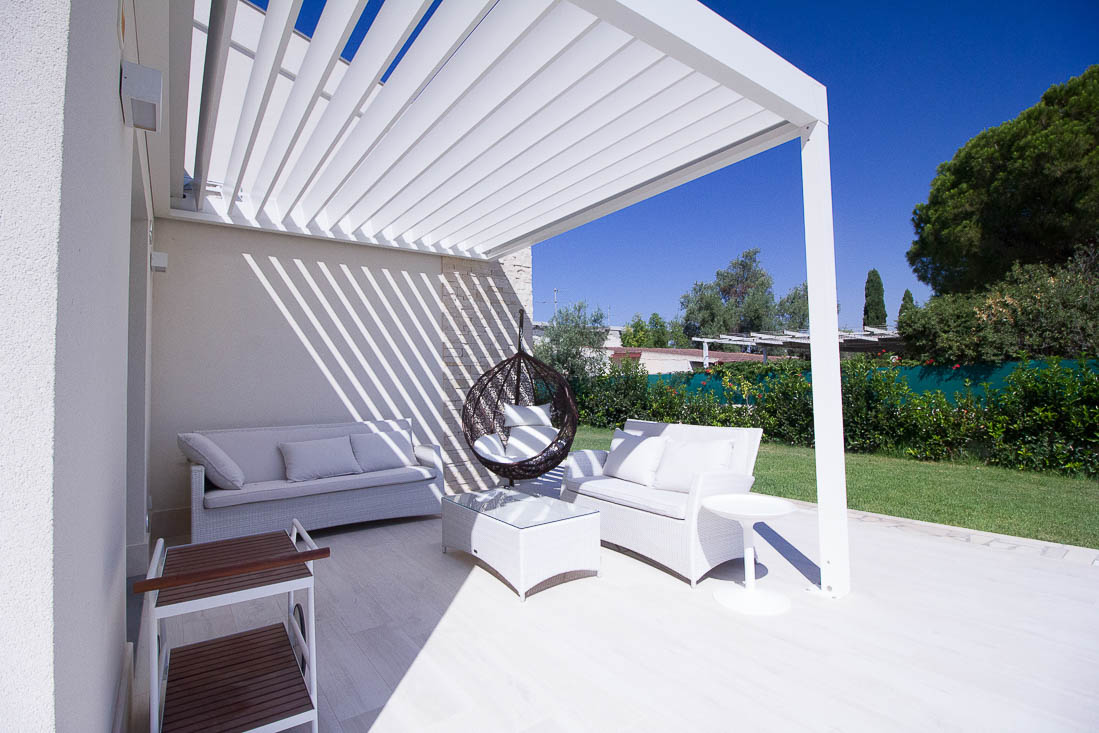 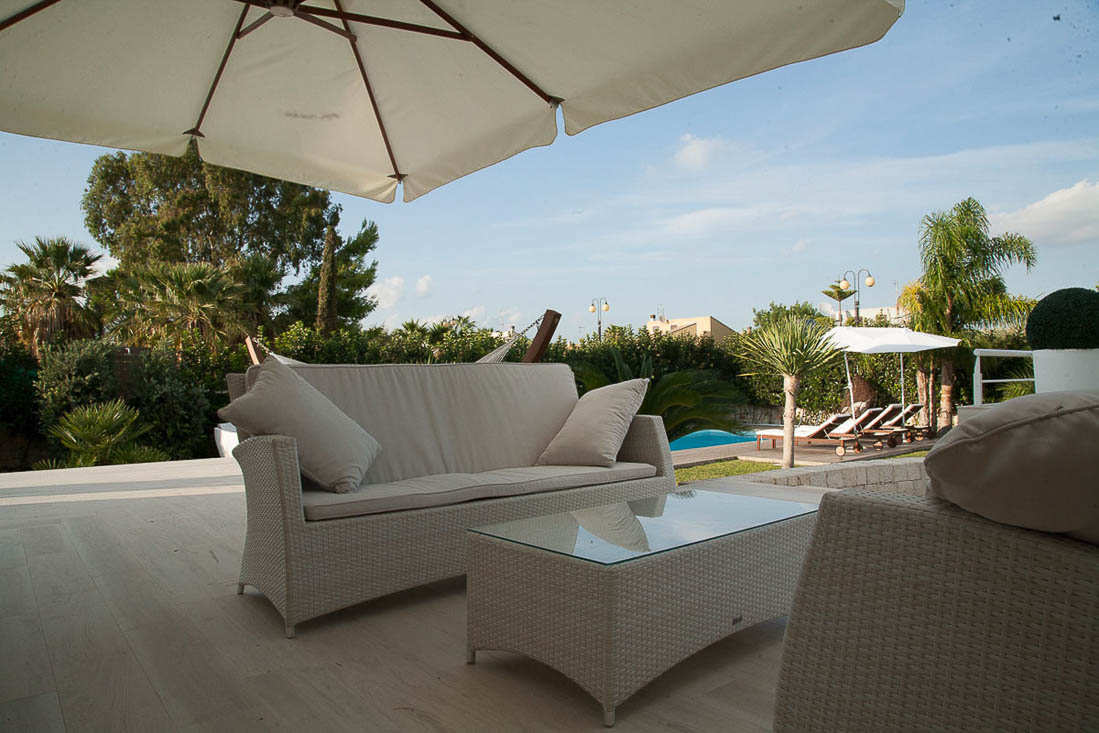 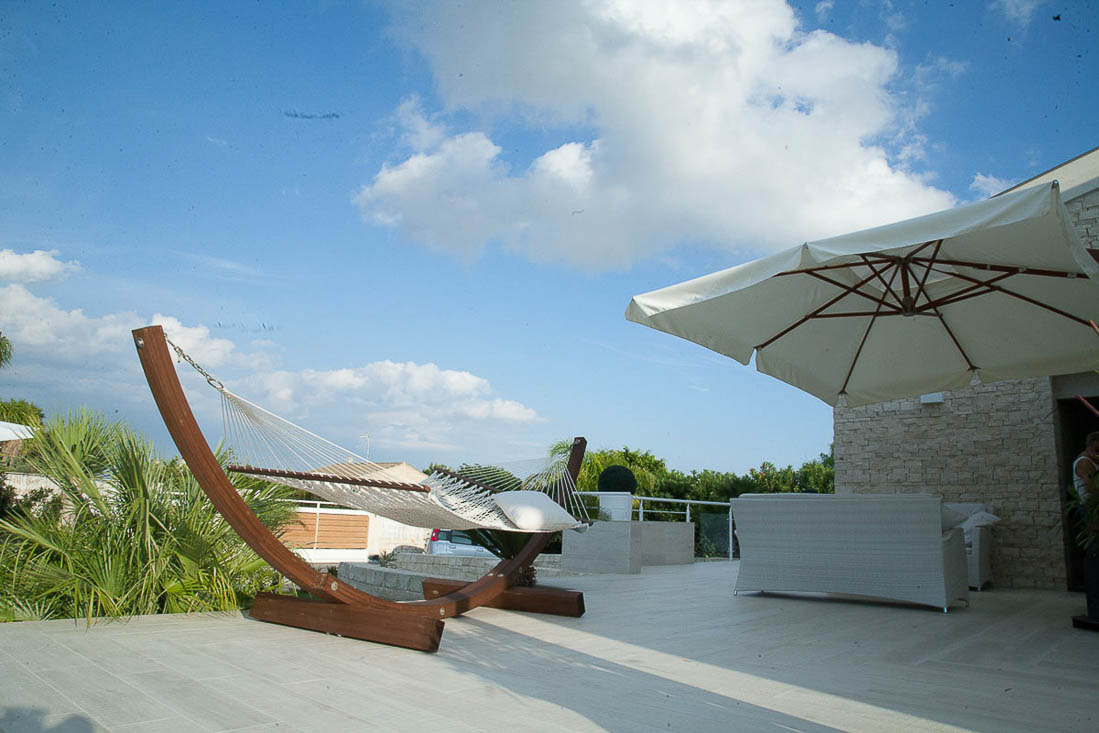 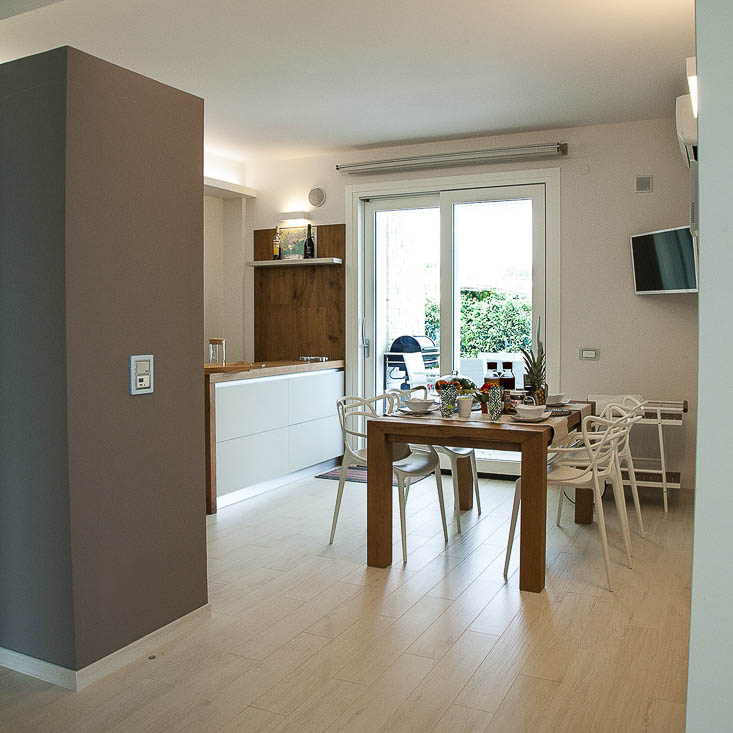 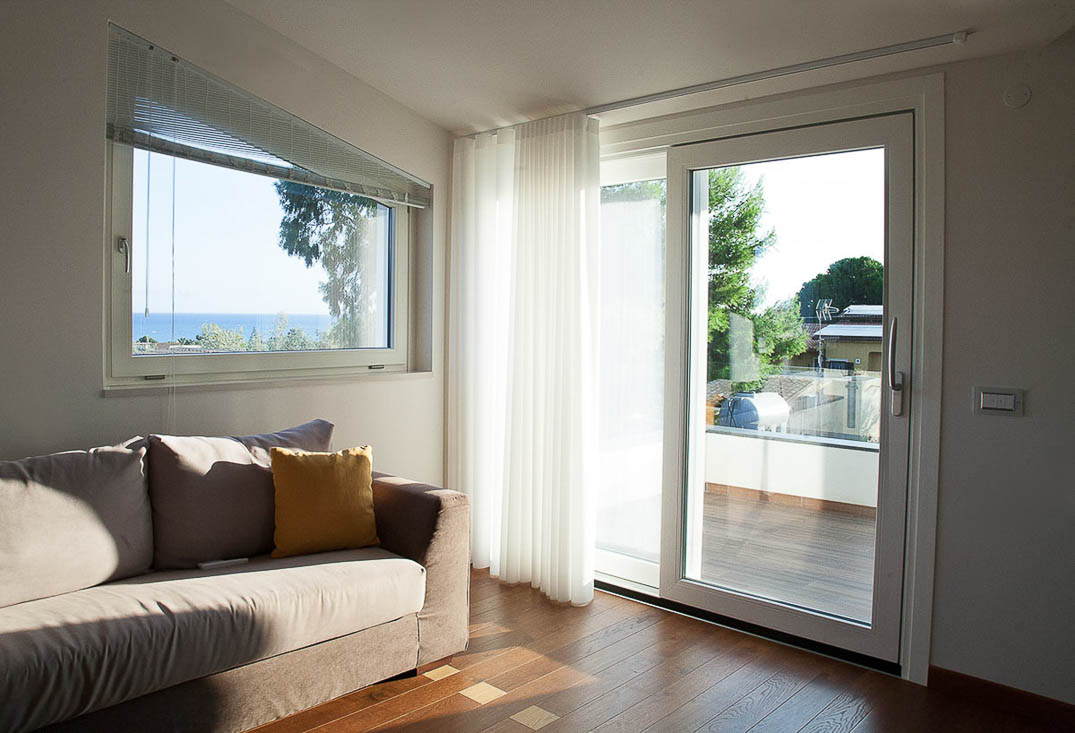 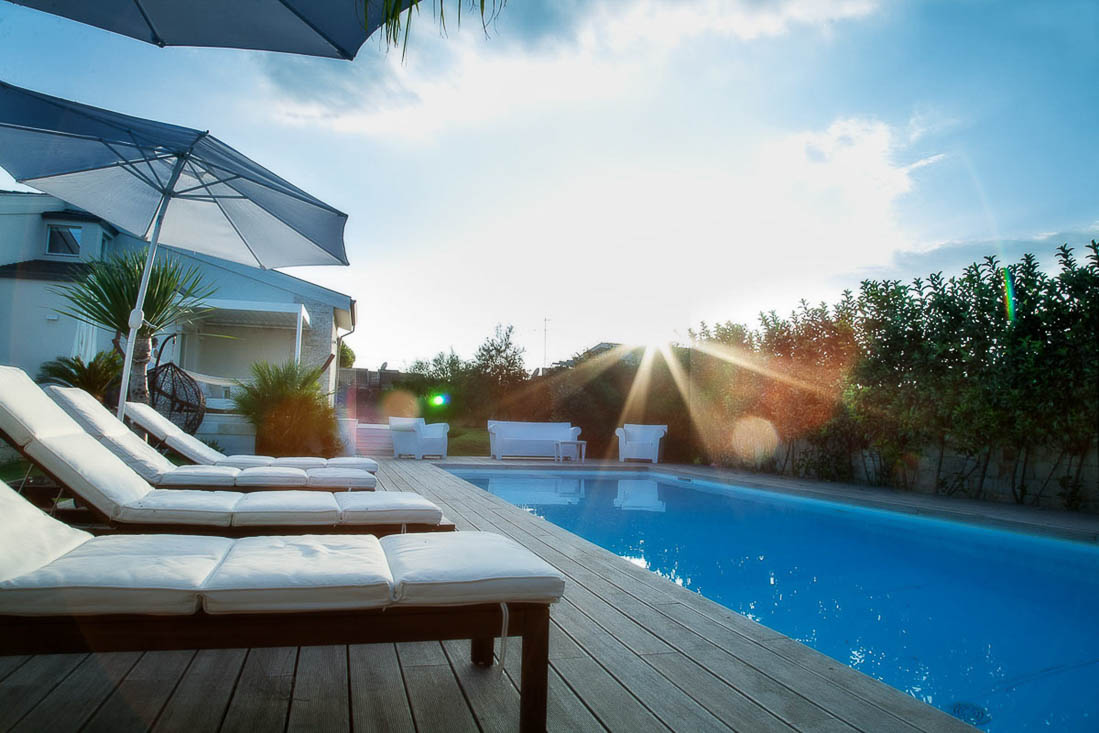 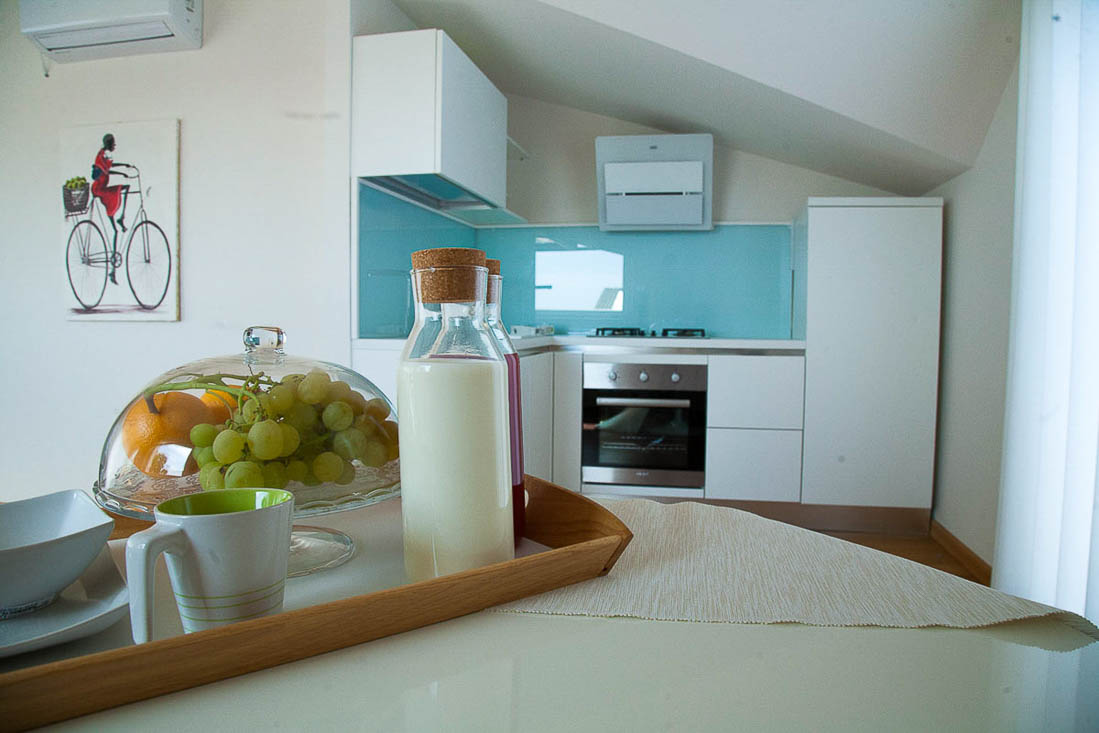 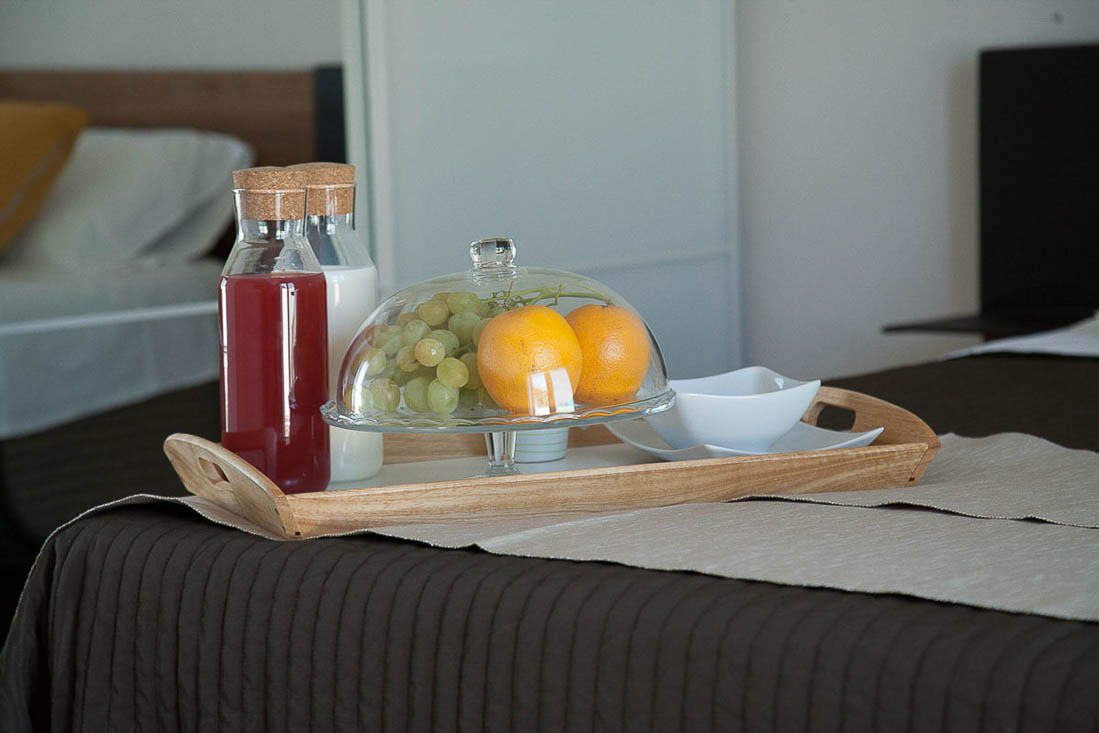 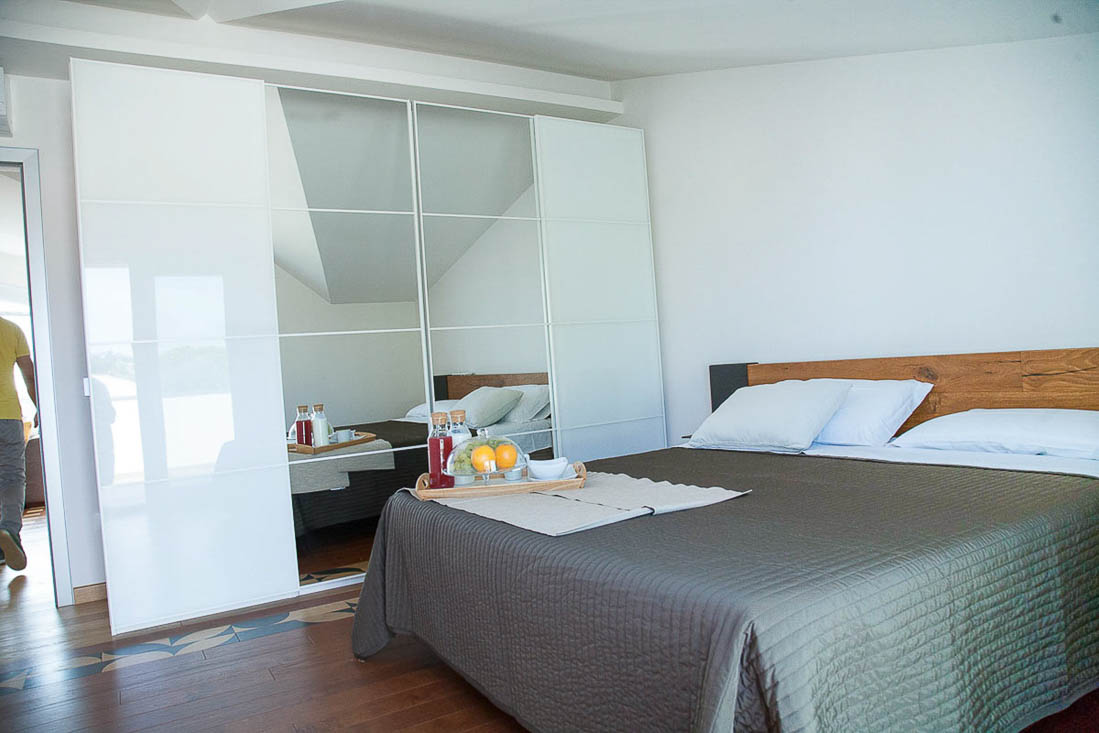 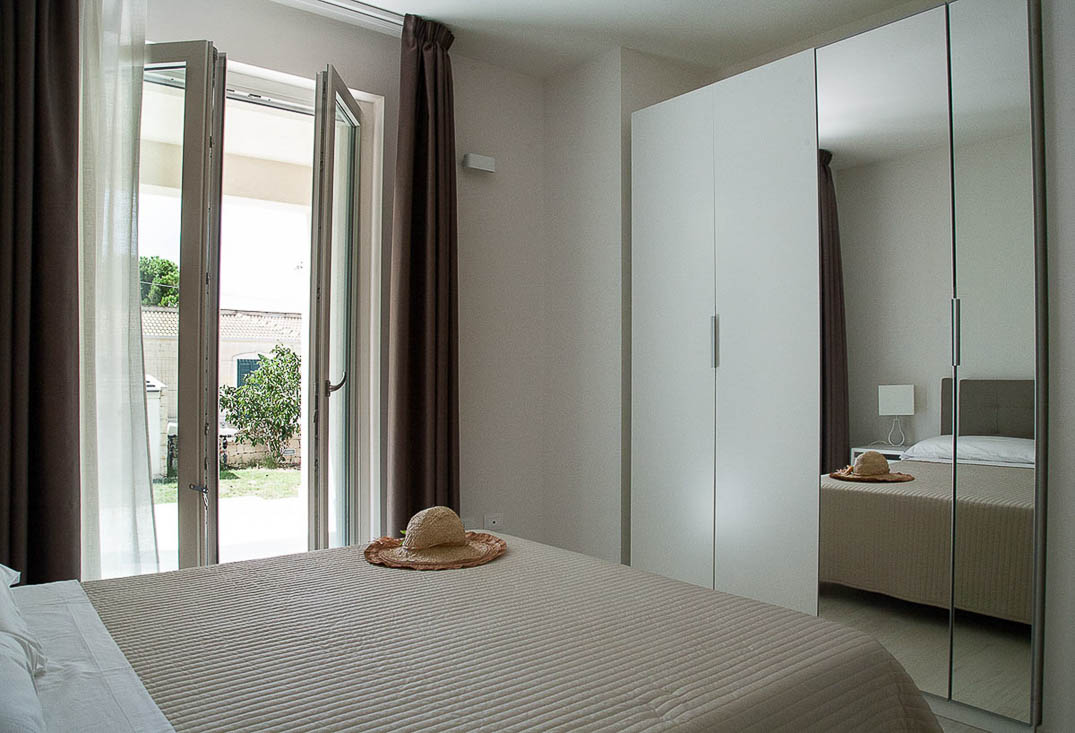 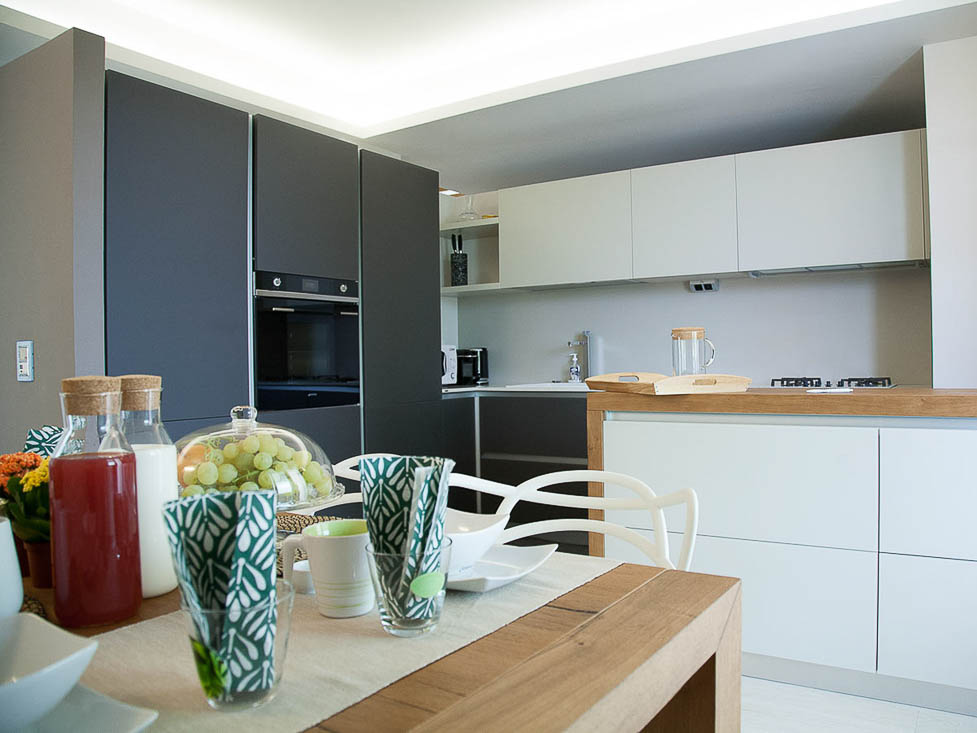 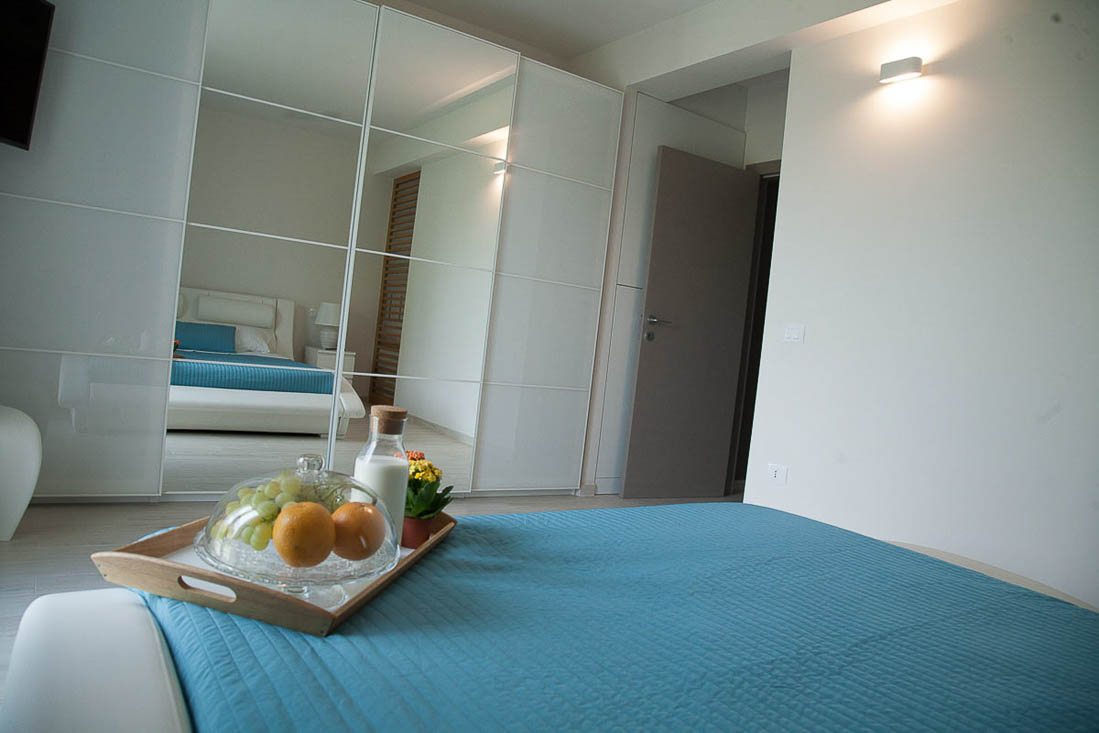 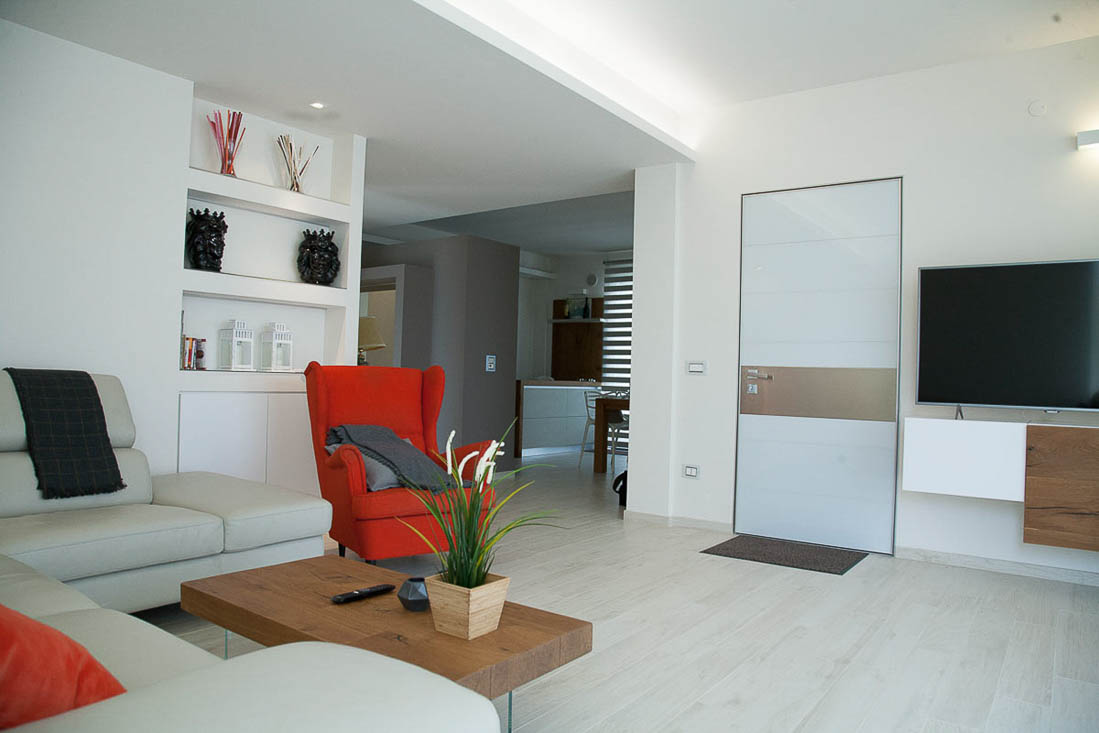 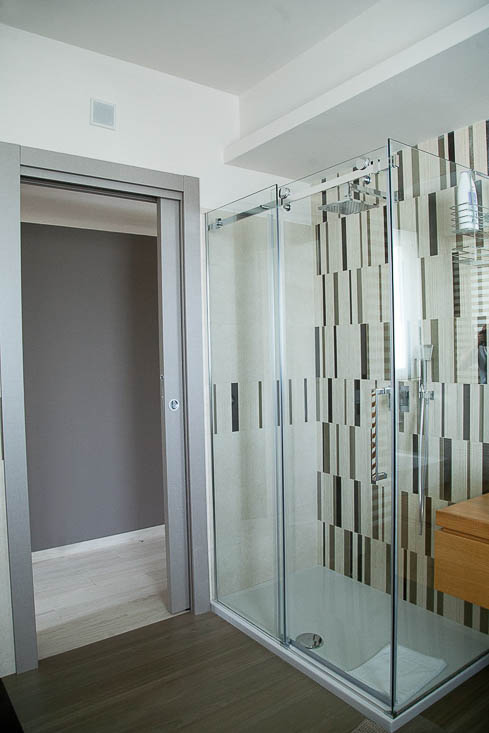 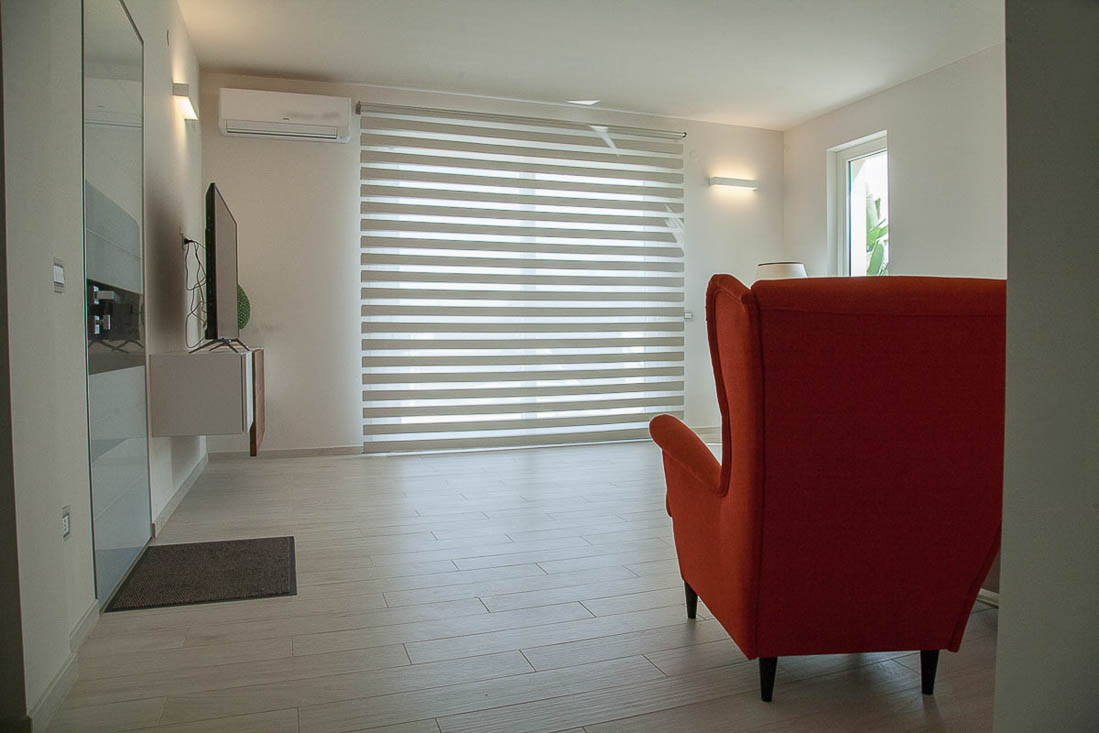 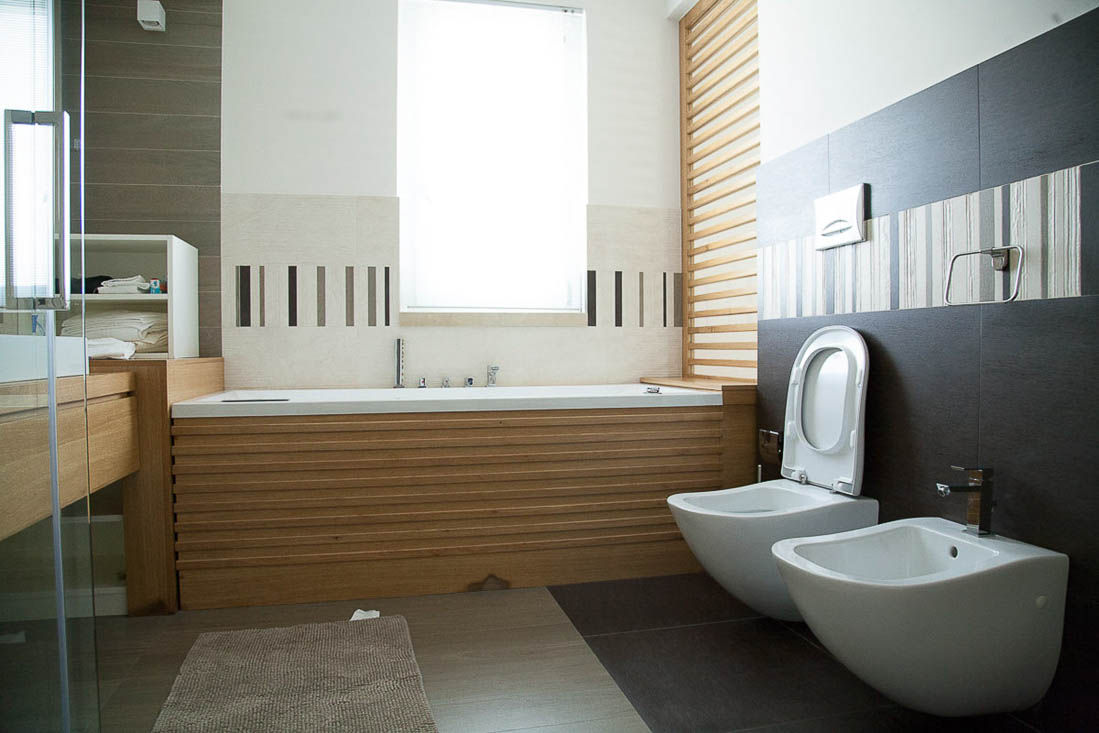 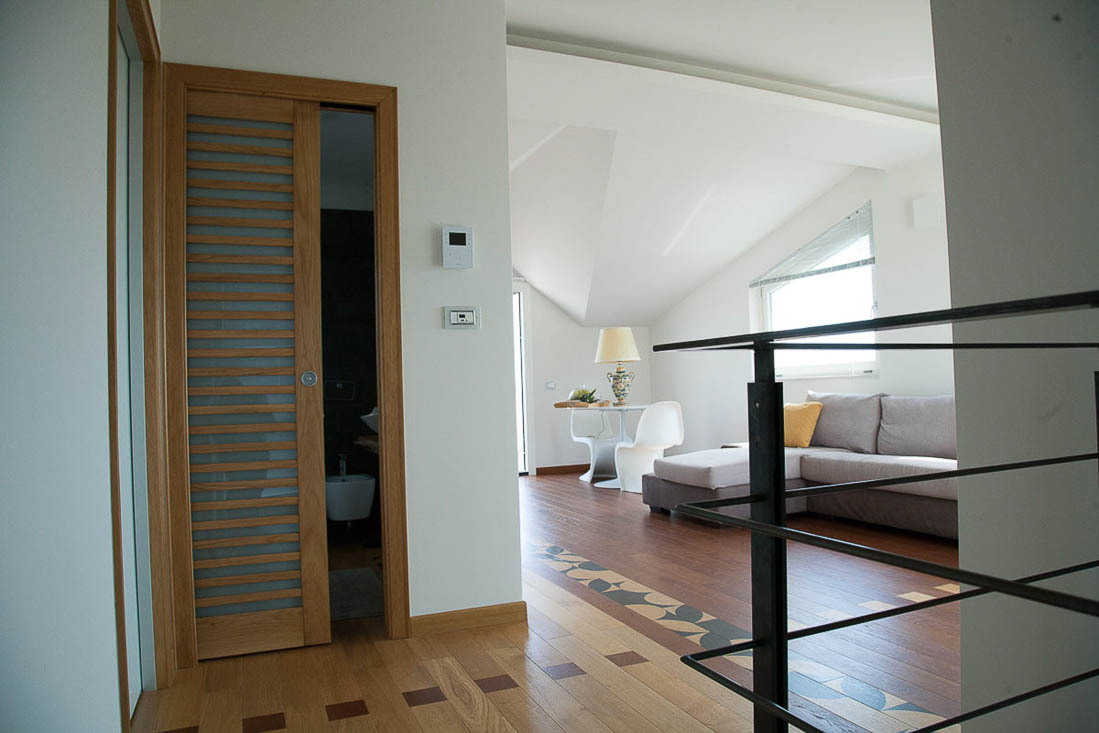 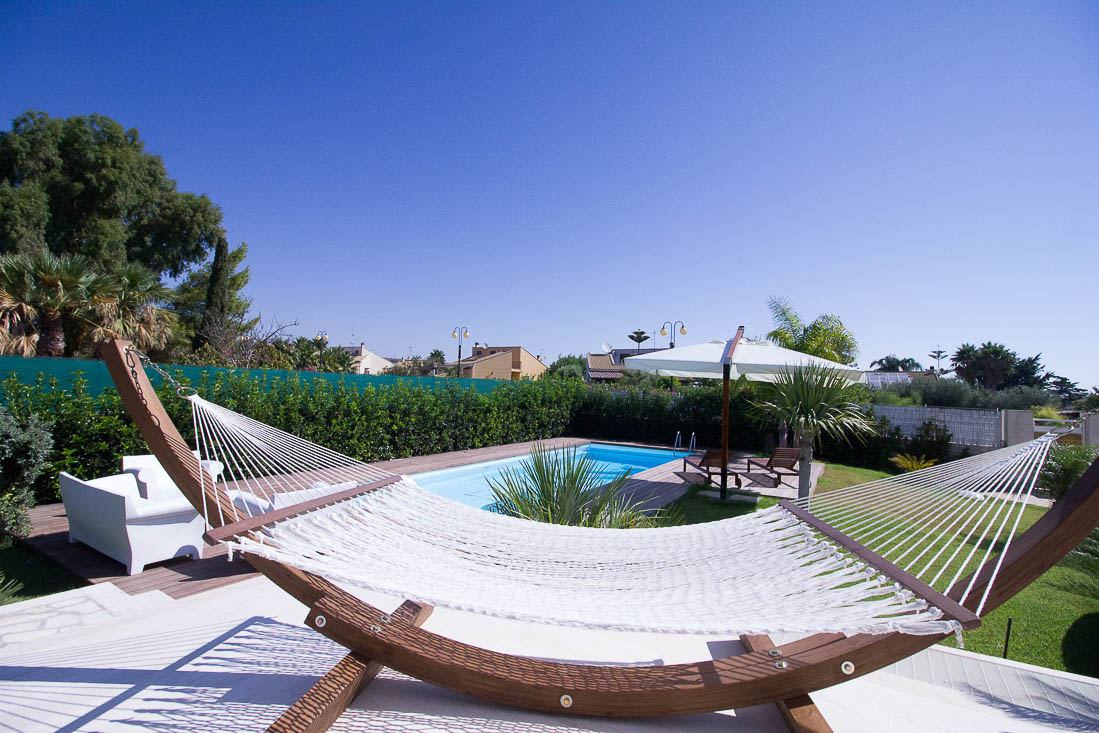 This beautiful 5 bedrooms Villa Pietra Bianca on three levels brimming with character is located at 400 meters from the charming beaches of Santa Maria del Focallo, a lovely sandy beach with crystal clear water where the sea shelves gently. The villa is just 10 minutes away from Pozzallo and nearby to the Unesco-listed towns of Scicli, Ragusa and Noto all rebuilt in beautiful baroque style.

Pozzallo is a very ancient marine town developed in the XVIII century around a "Caricatore" (a groups of warehouses) and a Tower built to defend it. The Tower has been destroyed and rebuilt several times and it's nowadays the symbol of the town, a national monument and the place around which are held the most important events as the "Fish festival" which is the "clou" moment of the summer. Pozzallo also boasts a clean sea and large and gilded beaches perfect to sunbathe with every comfort.

Villa Pietra Bianca is quite simple enchanting with spacious and bright rooms with modern furniture and equipped with all the appliances for a comfy and relaxing holiday.

This 5 bedrooms Villa sleeps up to 10 guests: there are four bedrooms with double beds and one with twin bed, four complete bathroom, three fully equipped open spaces kitchens with dining rooms  and two large living rooms with comfortable couches.

Outdoor a private swimming pool with sun beds surrounded by a garden with paved terrace and outdoor furniture, an external shower, a BBQ area and a hammock accomplish the villa for an unforgettable holiday in Sicily.

Price includes all sales taxes, linen, bath towels, pool and/or beach towels, a comprehensive written guide to the villa and the local area, midweek cleaning and linen change for long stay (after one week), our award-winning service and specialist knowledge pre and post-booking and 24/7 local support while you’re on holiday.

Cleaning and cooking services during the stay, on request.

Standard Rate from Euros 2.600,00* per week.
*The rate may vary according to season, number of guests and lenght of stay. Etna wines are renowned for their thoroughly unique and distinctive style due to good curing skills, right ageing together with a mix of favorable climate conditions and volcanic soils rich in mineral properties. Have you ever pictured yourself set overlooking a breathetaking view while tasting an extensive range of wines guided by an experienced staff who offers a personalized and relaxing wine [...]

Skydiving over Syracuse is an amazing and unique experience! It is a jump that anyone can try in the most beautiful place in Southern Italy. Making firmly hooked by a special harness to an instructor from 4,300 meters, after a lesson in just 10 minutes. You will experience the thrill they give you 50 seconds of free fall, you'll fly piloting a tandem parachute, making turns and spirals, and t [...]

FOR A TRAVELER, THE PLEASURES OF THE JOURNEY ARE JUST AS IMPORTANT AS THE DESTINATION. Mount Etna, one of Sicily's prime attractions, is a significant challenge even for a seasoned walker; moreover, it is an active volcano. The north side is the most fascinating and wild: you will enjoy the varied views of the volcano and its unusually contrasting landscapes. It is a must-see for a [...]

NOTO A UNESCO Heritage site, Noto is not to be missed, even if Baroque architecture is not your cup of tea. More than just a “Baroque” town, it is a subliminal expression of originality, fantasy, obsession and man’s resilience in the face of the overwhelming force of nature. Completely destroyed by the terrible 1693 earthquake, it was rebuilt from scratch on a new site, about 1 [...]