Historical Museum of Landing in Sicily in 1943 - Catania

An educational-immersive museum dedicated to the memory of the war event that led Italy to liberation from the Nazi occupation and the fascist dictatorship.

The Museum is located in Piazzale Rocco Chinnici / Viale Africa, at the "Le Ciminiere" Exhibition Center, about one kilometer far from Catania seafront and city center.

The Museum extends over an area of about 3000 square meters and is located inside “Le Ciminiere” exhibition center, an agglomeration of sulfur refineries from the '70s, which have been restored on the purpose of protection and enhancement, on the initiative of Catania Regional Province (now a Metropolitan City), from the plan by architect Giacomo Leone.

Movies, photographs, testimonies, weapons, uniforms, vintage items, maps, newspapers, reconstructions of 'full immersion' environments ( a small square with shops, the “Casa del Fascio”, an anti-aircraft shelter, a bunker, some bombed out civilian buildings), reproductions of ordinary life at the front, (a surgery hut, the contacts through the transceiver, the eating of the mess) and the protagonists of the events modeled in wax by English masters (FD Roosevelt, W. Churchill, Vittorio Emanuele III, B. Mussolini, A. Hitler, General G. Castellano and Commander Bedell Smith inside the tent that welcomed them to sign the Armistice at Cassibile on September 3, 1943) they all document the stages of the advance of the allied troops and the sequence of clashes in Catania, Messina, Palermo, Agira, Floridia, Troina and other areas. The Museum itinerary ends with a view of the English Cemetery located at the gates of Catania, where the remains of the fallen are resting: their names are listed on a monitor next to a bronze sculpture. 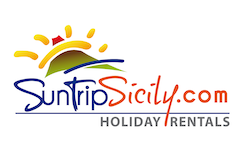